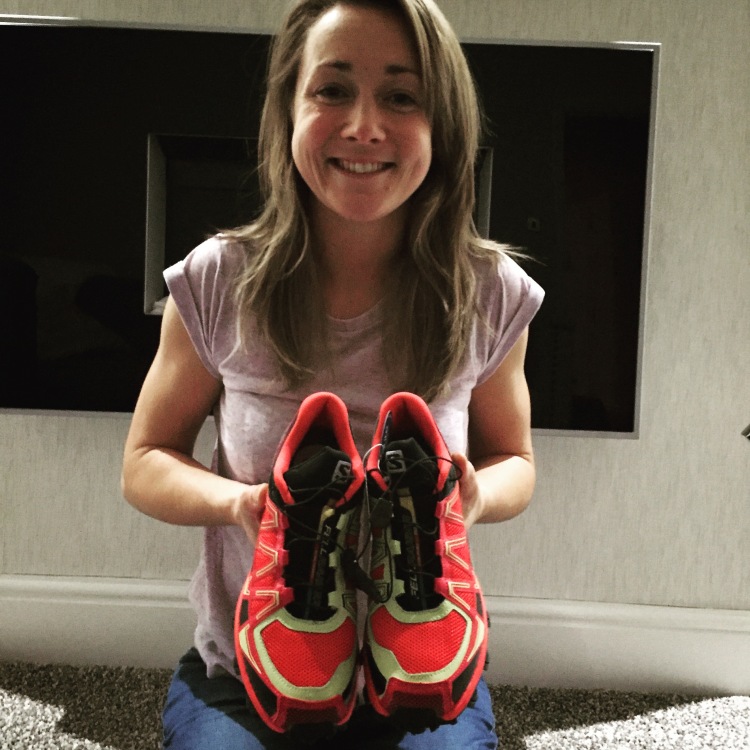 I bought these following the Derwentwater 10 mile road race having won some vouchers. I wanted to try them to find out how they compared with the Innovate Xtalons which were my previous fell shoe but had been well used and I loved them.

These show great traction, particular on wet, muddy descents and as I have a wider foot felt much more comfortable in that respect compared with the Xtalons. I had some concerns with the way Salomon use a toggle to tie the laces and how this would keep the shoe on my foot through boggy areas. My concerns need not have been required, they stayed well on through all the runs I have done with them and I haven’t yet had a blister which is always a bonus. Durability hasn’t been great so far as after Christmas I noticed I was making some squishing noises when I was running and noticed the sole of my right shoe was nearly completely hanging off! I wasn’t too pleased so I got in touch with Salomon and sent them back to the shop (Kong Adventure Centre in Keswick) to have a replacement pair sent back to me with in the week as they didn’t have my size in stock. The new pair have be worn and will be going on their first adventure this weekend during the Marmot Dark Marathon so fingers crossed the first pair were just faulty. I’ll keep you posted!

Other than the sole hanging off the only other negative I have found so far is that they don’t run well on rock but then no fell shoe like this would. Recently on the Helvellyn Ultra I chose to wear these oppose to a trail shoe and I felt I was right in doing so but when I hit any rocky areas such as the decent from Grisedale tarn I found I was slipping all over the place. I guess this is the tricky bit when trying to decide what shoes to wear for mixed terrain events. I also found I had a bit of a sore area under the ball of my foot having spent 10 hours in them and I think this is just because the soles are quite hard to give them the durability over rugged terrain. It settled in a few days so I’m not too concerned and as that is my only complaint following 10 hours in them it can’t be bad!!

In conclusion….so far so good. They offer comfort, good traction and when wet they don’t hold the water so all in all very good. Comparison with my trusty Xtalons….so far the only difference I have found is that they offer more space for the wider foot. I am hopeful my first pair were just a faulty pair!

Runner, lover of the outdoors and Physio based in the Lake District View more posts